How do u know that God exists? 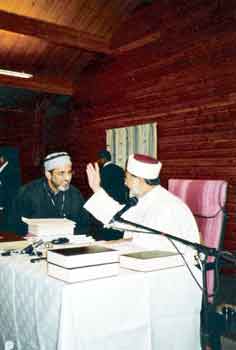 Looking for answers to questions that I had been asking myself since I was 16, I walked into Minhaj-ul-Qur’an Idara and asked the Imam, ‘How do u know that God exists?’, I could have walked into a church or temple but I know now that Allah had chosen my path for me, I had begun my journey to Islam.

‘Look at the clouds and the stars in the sky’ was his reply.

‘Look at the definite and detailed structure of the earth that we live in.’

So I had my answers, so simple don’t you think? Right in front of my eyes, that had been shut for so long. It was January 2005 I bought my first very basic Islamic book and became a student of Islam.

In a non-religious family I grew up an atheist. I felt that believing in something you couldn’t see was too much like make-believe, and there I was a 22 year old party girl about to take part in a Saturday study circle for Muslim sisters. At this point I was feeling rather shocked and surprised that I have come this far and was actually taking myself seriously in all this! I mean religion! and in such a short space of time. On a serious note I also got the feeling that I was being given the gentlest of pushes. Alhamduillah

There is no limit to the pleasant surprises that I was encountering. My new sisters were nothing like the ‘dreary expectations’ I had of Muslim women, my sisters were warm and friendly and well basically normal. My view of Islam was very much stereotypical like a lot of people I knew before my life changed. I thought Muslim women were made to wear Hijab by there husbands so that they were ‘owned property’. The whole walk ten steps behind your husband, type thinking. I thought Islam was very oppressive and worst of all I though Islam was only for Asian people. My sisters were none of these things, they wear Hijab for Allah and to protect themselves. My sisters treat me like I am no different from them; they are funny to an extent that I laugh until tears stream down my eyes!

As I went deeper into Islam I became a stronger person especially when the media and negative comments were all around me. People would say things like ‘How could u want to be one of them, look at what there doing, there blowing people up.’ I began to realise that I, like these people, had been so small minded; to believe that just because one person or group of people are doing bad things everyone else is doing it too. Hello? Never judge a book by its cover?

So On July 30th 2005, while attending the Al-Hidaya camp, I took my shahada under the blessed company of Shaykh -ul- Islam and I became a Muslim! Masha’ Allah. There is a whole other article to write on meeting his Emminence.

I was a total atheist and religion was something far from my mind and here I am now. I have a true belief in one God and I believe that my god Allah guided me all the way......Masha’ Allah. 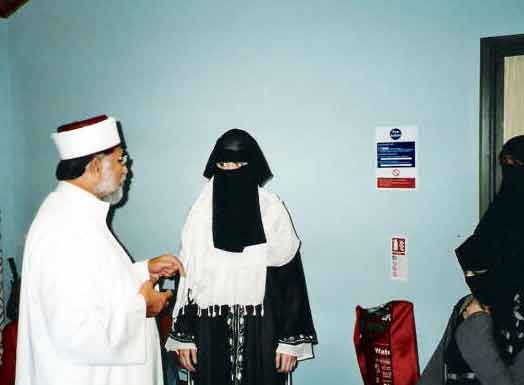 Anisa taking her shahada at the hands of Qibla Hazoor 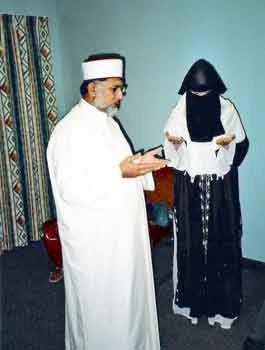