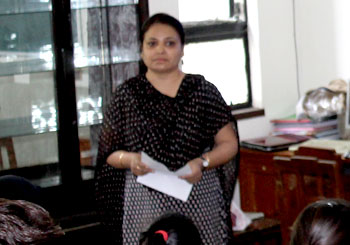 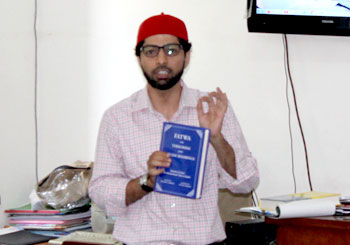 Islam Studies Association (ISA) and Interfaith Relations Minhaj-ul-Quran International (India Chapter) jointly organized an interfaith program "Together We Build Peace" on April 26, 2015 at Presentation Convent Senior Secondary School, Old Delhi. The program was aimed at bringing together some of the practitioners of dialogue so that they can know one another, learn from one another; so that they can work together for Peace, Reconciliation and Justice. The organizers also thought it would be good to listen to children and learn from them what they think is 'key' to peace. Around sixty people from different Muslim organisations, students from Jamia Millia Islamia, students from Presentation Convent Senior Secondary School and Young Men Christian Association (YMCA) trainees attended the program.

Joe Kalathil SJ, a member of ISA spoke about the mission that he received from the bishop to work on a cross-border reconciliation project between India and Pakistan. He said that he was truly surprised and did not know how to go about in dealing with such an extremely sensitive issue because of its overwhelmingly political dimensions. However, he said, he considered that the call to work for peace is a grace: the gift of his faith as a Christian and a priest and a responsibility that comes with such faith commitment.

He said that the process started with establishing Peace Clubs, and helping students to work for peace. He said that peace is an experience of Allah/God in one’s heart. He continued: "If you promote that experience, you will be at peace. It is a gift from God and you need to pray to receive it. Every day when you get up, pray to God for the gift of peace. Furthermore you must develop a spirit of concern for others if you want peace. You must have a spirit of sacrifice; and every day, you need to make a small sacrifice". He also promoted cross border student contact. This involved writing letters. Indian children and Pakistani children write letters to one another exchanging peace and good will emphasising the importance of peace for prosperity of both the countries. He also encouraged his listeners to start peace clubs in their schools and places of work. He told his audience not to doubt the possibility of peace in peoples coming together. He calls the peace process in which he works with children as 'Pakistan-India Friendship Forum'. 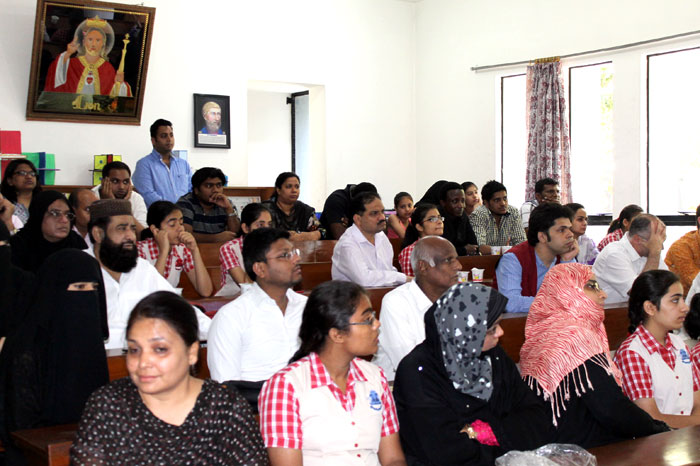 Mr Junaid Khan coordinator of the Interfaith Relations Minhaj-ul-Qur'an New Delhi India noted that a large number of Muslims condemn violence on religious as well as humanitarian grounds. Many Muslim leaders do speak out against violence unhesitatingly. Media often ignore such voices and give prominence to those 'sound bites' that come from hate preachers who stir up violence. Often Muslims who condone violence do NOT cite religious reasons for their approval of violence but overlook violent activities of their fellow Muslims on political rationalisations accusing the USA and its allies of controlling the world.

Some among those who condemn violence hold a different view with regard to suicide bombing and attack against civilians in Israel. For an example, internationally prominent and influential scholar Yusuf Qaradawi on the one hand condemned September 11 terror attack on the USA and on the other hand regarded suicide bombing against Israel as legitimate. The conflicting position is obvious. While many mainstream Muslims get confused with such conflicting positions of Muslim scholars, non-Muslims suspect that such conflicts might have roots in the Qur'an and Hadith.

It is the context he, Mr Junaid discussed peace initiatives arising from spiritual resources of Islam. He said that MQI was founded by Shaykh ul Islam Dr Muhammad Tahir-ul-Qadri in the year 1981 with a long term vision to promote peace, love and harmony. MQI strives, Junaid said, "to promote peace, tolerance, interfaith harmony; to promote education, integration and working for community cohesion; to engage with young Muslims for religious moderation, to promote women's rights, development and empowerment; and provide social welfare and promotion of human rights". He threw light on the services of Dr Tahir-ul-Qadri for promotion of peace and interfaith harmony in the world.

Fr Tom Kunnunkal SJ, the President of Islamic Studies Association emphasised that diversity whether in nature or among humans, is part of the very design and mystery of God. God has no borders and boundaries. Hence, he noted that ISA is one of the important initiatives taken by the Catholic Church in India for dialogue with Muslims in India. He affirmed that the focus of ISA is to enable Christians to understand, appreciate and enter into friendly relationship with their Muslim brothers and sisters, namely engaging in dialogue of life. He noted the following as three major objectives of ISA: In the name of God and His ever greater service, to promote national integration of all Indian cultural, social and religious groups and support Government programs for this purpose ... To work towards harmonious relations among Muslims, Christian, Hindu and other religious and social communities ... To promote study, research and teaching regarding the history, religion, culture, socio-economic conditions and other aspects of Islam. 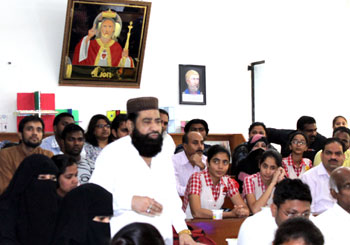 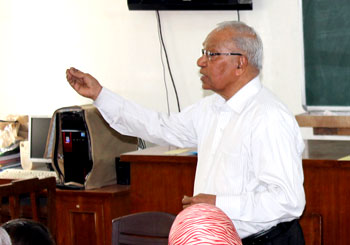 Every participant responded to the presentations on the real-work-on-the-ground by these organisations and also spoke about their own take on peace. Everyone said that they recognized the importance of peace within one's own heart and within societies in which they live. Many young school students who were present in the meeting noted that if peace is lost ... humanity is lost. They stressed that they all belong to one family: the family of God. They emphasised 'humanity' is the ground on which we should build peace. Though they did not articulate what they meant by 'humanity' as ground for building peaceful society, the present writer has the impression that they seem to indicate that 'human rights, human dignity and freedom of conscience' are the firm ground on which we can build peaceful societies. It is amazing to realise that youngsters seek human dignity above everything else. It should be said without any hesitation that human person is at the centre of their reflection. Their comments indicate that everyone needs to listen to young people and their wisdom; because, they have something to offer to today's world that is broken into pieces due to hatred and war.

In this short meeting we discovered that there are people who are interested in working together with others for peace. The initiatives come from everywhere: Muslims and Christians, young and old, and they all complement to each other. It was also noted in the meeting that plurality in creation as well as in the way of life of individuals and communities needs to be acknowledged, cherished, respected and protected. It emerged very clearly that human rights and human dignity are the elements that lay the foundation for a sustained dialogue between Christians and Muslim and their common responsibility to work for peace, reconciliation and justice in the world. 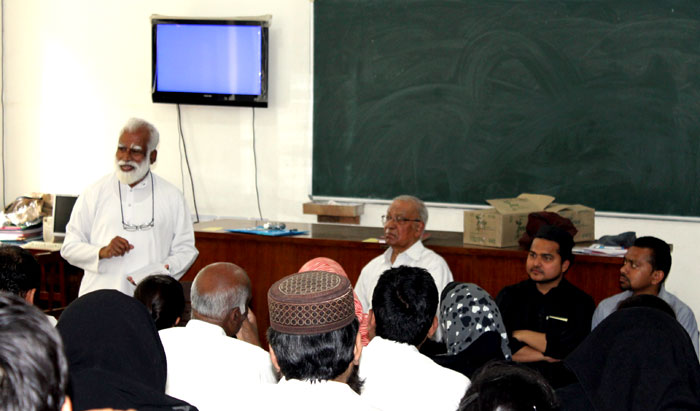 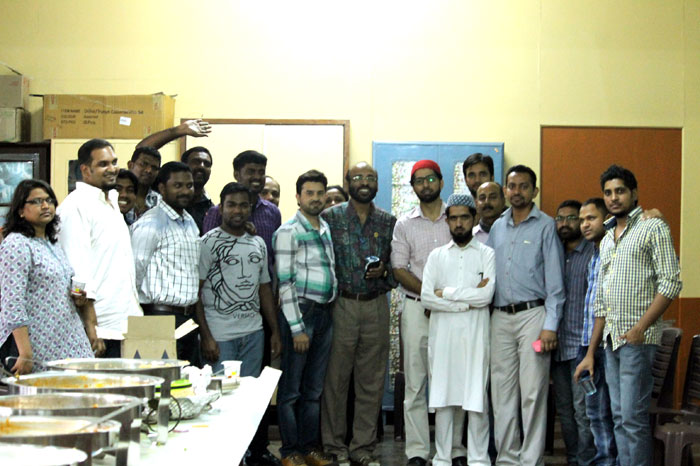